For a lazy weekend breakfast that satisfies on the flavour front, without the fuss... 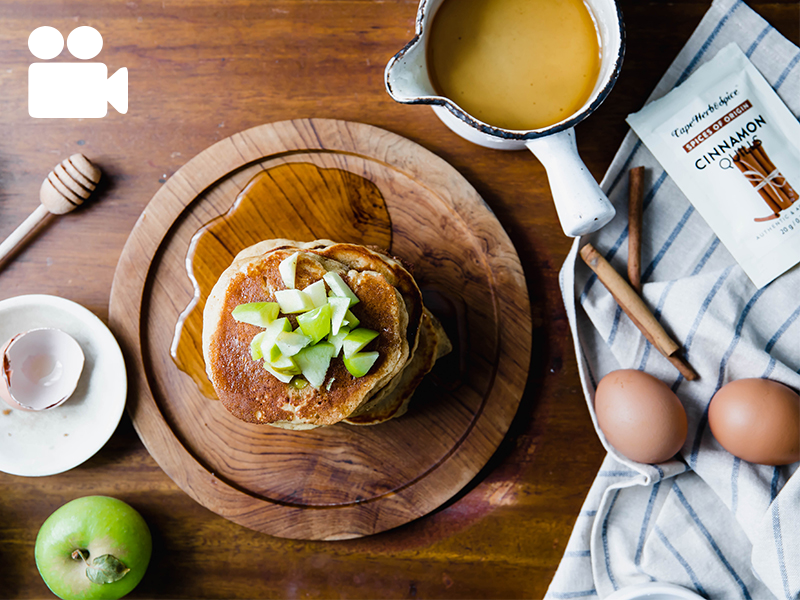 Place the milk and Cape Herb & Spice Cinnamon Quills in a pot over a medium heat. Allow the mixture to simmer lightly for a few minutes, then remove the pot from the heat and place the lid on. Allow the mixture to steep for at least 15 minutes. Meanwhile, whisk together the flour, sugar and baking powder before adding the oil, vanilla essence, eggs and cooled cinnamon infused milk. Mix until fully combined (taking care not over mix) and fold in the chopped apple pieces.

Spray a pan with non-stick spray, place it over a low-medium heat and cook the flapjacks slowly on each side until golden brown.

*Keep an eye out for our Cinnamon Apple Flapjacks video on YouTube: https://youtu.be/3raV3NfbWLY