Potato pizza? You’ve got to be kidding! Actually we’re not.

It’s a real thing and Romans have been savouring it for ages. Of course they call it pizza con le patate, which admittedly sounds a lot more impressive than potato pizza. There is no tomato base and zero cheese, so it’s kinder to the waistline and your vegan friends can come to dinner. This is pizza at it’s simplest. We stick to the basics with the usual pizza dough, olive oil, potatoes and rosemary – but ring the changes by giving our potato pizza a very generous dusting of our new Cape Herb & Spice Tastebud SAVOURY Seasoning too. Make it a meal-in-one by topping it with wild rocket leaves kissed with olive oil and lemon juice, and some black pepper and pecorino shavings (not for your vegan mates, obviously) and you’re done... 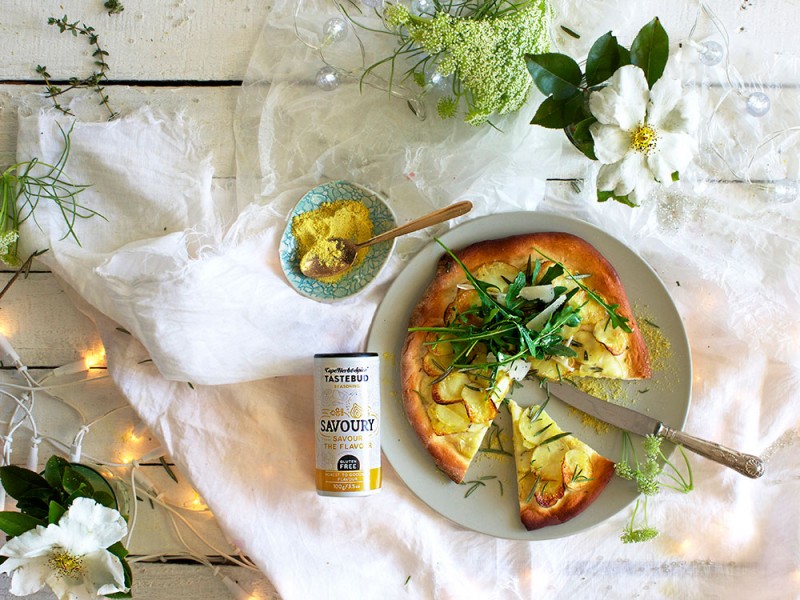 FOR THE DOUGH ~ Mix the flour, semolina, yeast and salt. Gradually pour in the water and mix. Add the milk and honey to the last bit of water and add that to the dough mix. Knead for 12 minutes. Put the dough in large clean bowl brushed with olive oil, cover with cling film and a tea towel and put in a nice warm spot for an hour to an hour and a half until the dough has doubled in size. Knock it back to remove all the air, cut into 4 equal pieces and shape into balls.

**Top tip** You can cover the dough balls in cling film at this point and place them in your fridge for use later in the day or the next day. You could also freeze it. To use, simply allow it to thaw in the fridge.)

While the bread proves, parboil the potatoes in plenty of salted water until just tender – it takes mere minutes. Drain, dry and toss with a generous glug of olive oil so that everything is well coated. To assemble the potato pizza, roll out the dough on a sheet of non-stick baking paper before brushing with garlic-flavoured oil. Pack with potatoes, dust with our Cape Herb & Spice Tastebud SAVOURY Seasoning and sprinkle generously with rosemary leaves. Grind over black pepper and give it a final tiny splash of olive oil. Place the pizza with the baking paper (this makes it so much easier to handle!) on a preheated non-stick baking tray or a hot pizza stone and bake at 200º C for 10-15 minutes until done.

Drizzle a bit of lemon juice and olive oil over the rocket, give it a grinding of black pepper and pile onto the potato pizza along with a few shavings of parmesan or pecorino. Tuck in while its warm. 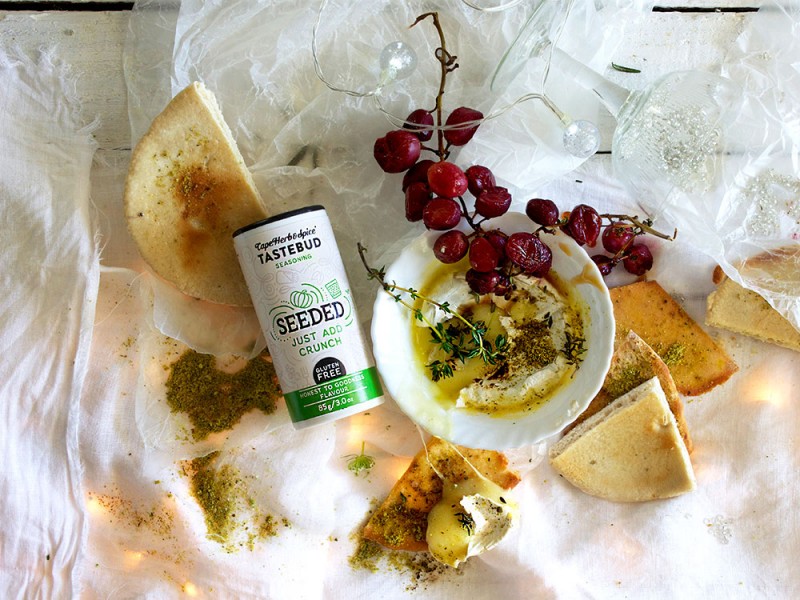 Every cook should have a few no-fail recipes that they can turn to for quick snackie things to feed those unexpected&nbs... 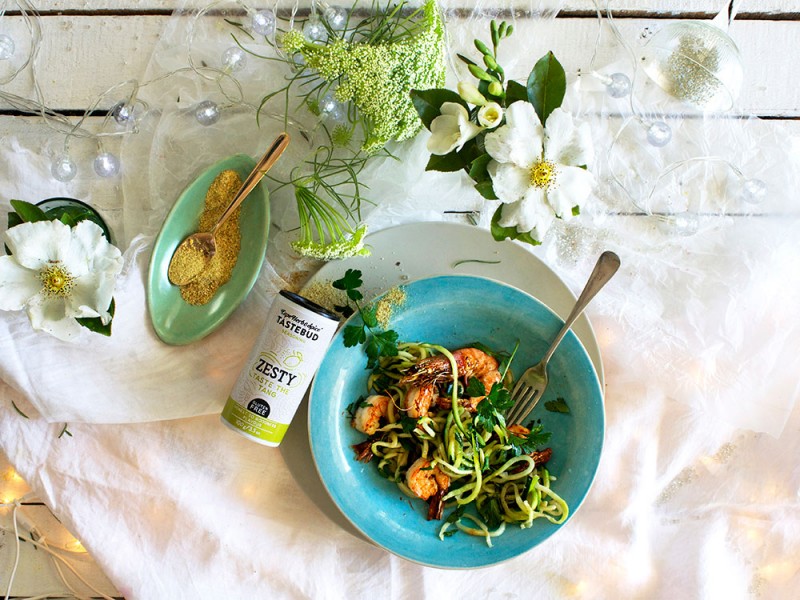 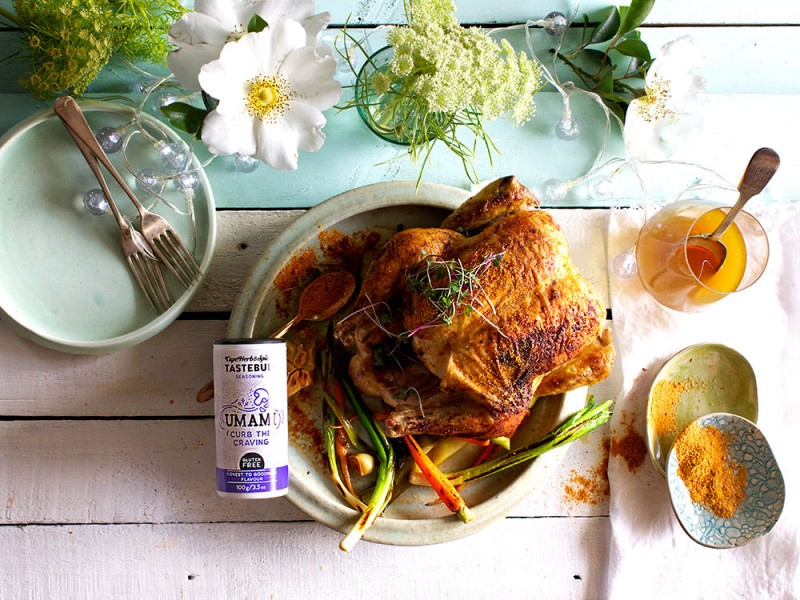 When it comes to our tastebuds - there is sweet, salty, sour and bitter… and then there is our favourite, th... 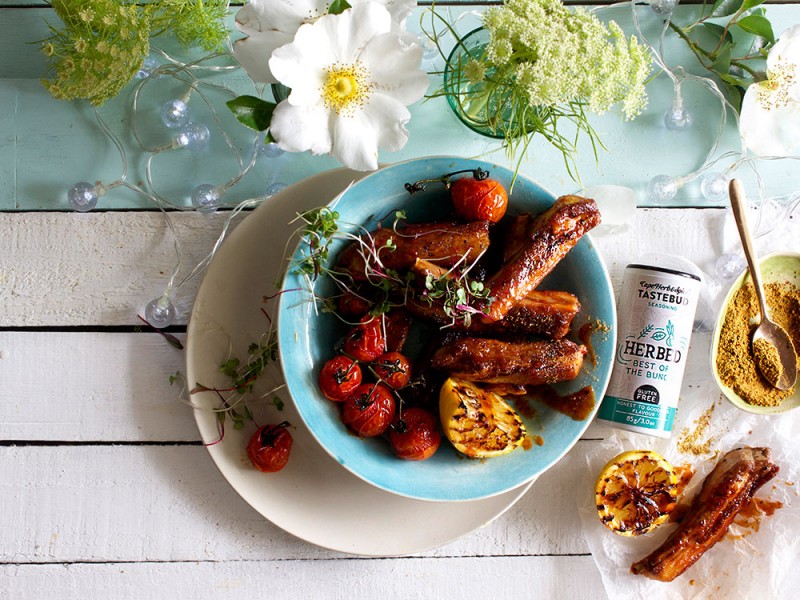 Small lamb ribs are always a finger-licking winner, especially when done on the braai. They’re good as is, with ju...